Stockholm is such a beautiful place that it is many times called as “Venice of the North”. Stockholm comprises of a number of islands around 14 and peninsulas. This city has all the glories of ancient cities, heritage museums along with those serene landscapes. It is known as ‘beauty of the water’ by Stockholmers. Though its glories are a bit ancient, still this capital of Sweden is becoming modern day by day. The charm of this city is in the intermingling of land and water. Stockholm is rich in world-class museums, theatres, galleries along with some gorgeous parklands.

Some of the places in Stockholm that are a must visit are described below:

The Djurgarden is among the best places to visit in Stockholm in summers. This is also one of the major attractions of Stockholm situated in the vicinity of the city. If you are looking for a perfect resort for your family picnic, you can enjoy this place on a beautiful summer day. Djurgarden is basically a beauty of lush greenery. You can indulge yourself in family-friendly activities. Also you can explore this place by taking a relaxing walk along the island.

Also known as the Old Town, it is a place where Stockholm took birth in the early 13th century. This one is on the little island of Stadsholmen. The city has many ancient and narrow cobbled streets. These streets comprise of souvenir shops, bars as well as restaurants. Once you visit this place, you will feel like you are back in medieval times. 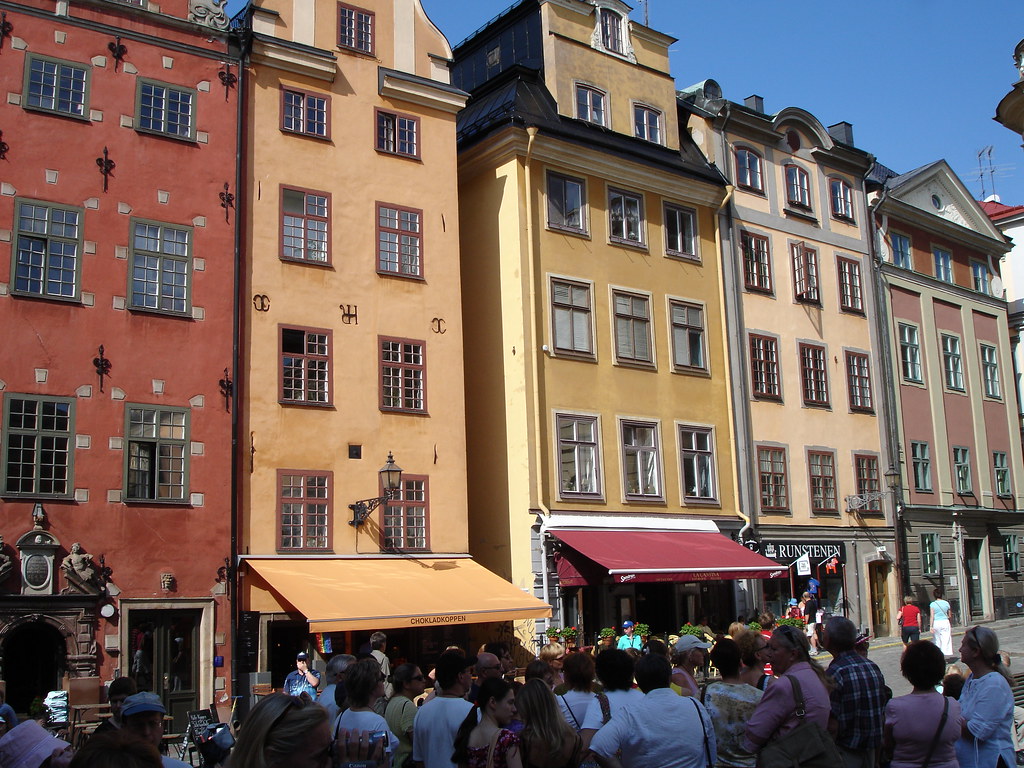 It is a miniature version of Sweden and also known as mini Sweden. This air museum is basically on the suburbs of the Royal Djurgarden. Being one of the world’s oldest open museum this houses many native Scandinavian animals. When wishing a spectacular view of the Stockholm this one is the place to visit. Traditions like the Midsummer, Walpurgis as well as Lucia are the famous festivals of this place.

When you want a feeling of royalness, the Royal Palace is an official residence of his Majesty the king. It is a place for excellent attractions open to the public. These attractions include The Royal Apartments, The Royal Treasury as well as the Museum of Antiquities. When wishing to enjoy these royalties, this place is a wonderful one.

This is the place where you get to see history mix with music. Although this is a place for music, pop lovers find this an added advantage. This museum is no doubt one of the best places in Stockholm. It is dedicated to the big pop music group of Sweden and Agnetha, Bjorn, Benny and Anni-Frid.

“ABBA The Museum is no ordinary museum. It’s not just about the original costumes, gold records and so many other wonderful items of memorabilia – it’s about you! Feel what it’s like to be onstage with ABBA, to sing at the famous Polar Studio or to dress up in those legendary costumes (virtual). There’s so much to experience… you’ll have the time of your lives!”

The museum treasures everything related to the groups. Including stage costumes, gear along with other things. This place showcases an interactive exhibition. Opening hours are between 9 AM to 7 PM.

Stockholm has many things to do. This city is touching the heights of growth and development. For every traveller, this city is developing into a marvellous destination. Stockholm also hosts a network of bicycle lanes. Most of the locals call this city a “levande city” or also “living city”. If you even plan to take a short hop from the city, you can visit Drottningholm – a UNESCO listed place.