5 interesting places to visit in capital of Greece – Athens

Athens, also the capital of Greece indeed was the heart of the ancient Greek civilization.  If you visit this place, you can find the early Greek landmarks like Acropolis as well as Parthenon. The city has been flourishing since classical antiquity. Athens is also famous as the birthplace of Socrates, Pericles as well as Sophocles.

Athens is a bustling as well as the modern capital city now with a glorious past.  This city gives you a completely different experience from those idyllic Greek islands. Sometimes you may feel that it is hectic and crowded here in Athens but it definitely has amazing cultural attractions to offer.

One of the main sights that dominate Athens is the Acropolis and Parthenon. These are hilltop sights with a stunning view. Another memory that you can take from here is of the surrounding temples.

Some of the must visit places in Athens are:

This museum dating back to the 19th century is one of the largest archaeological museums in Greece. Also, the National Archaeological Museum is among the greatest antiquities museums in the world. This museum is basically in an impressive Neoclassical building. The museum displays around five permanent collections with a collection of around 11,000 exhibits. Its prehistoric collection does cover the sixth millennium till 1050 BC. Its collection also showcases Greek pottery that is ancient and belongs to the 11th century BC. This museum also displays little statues along with figurines sculpted from metals. 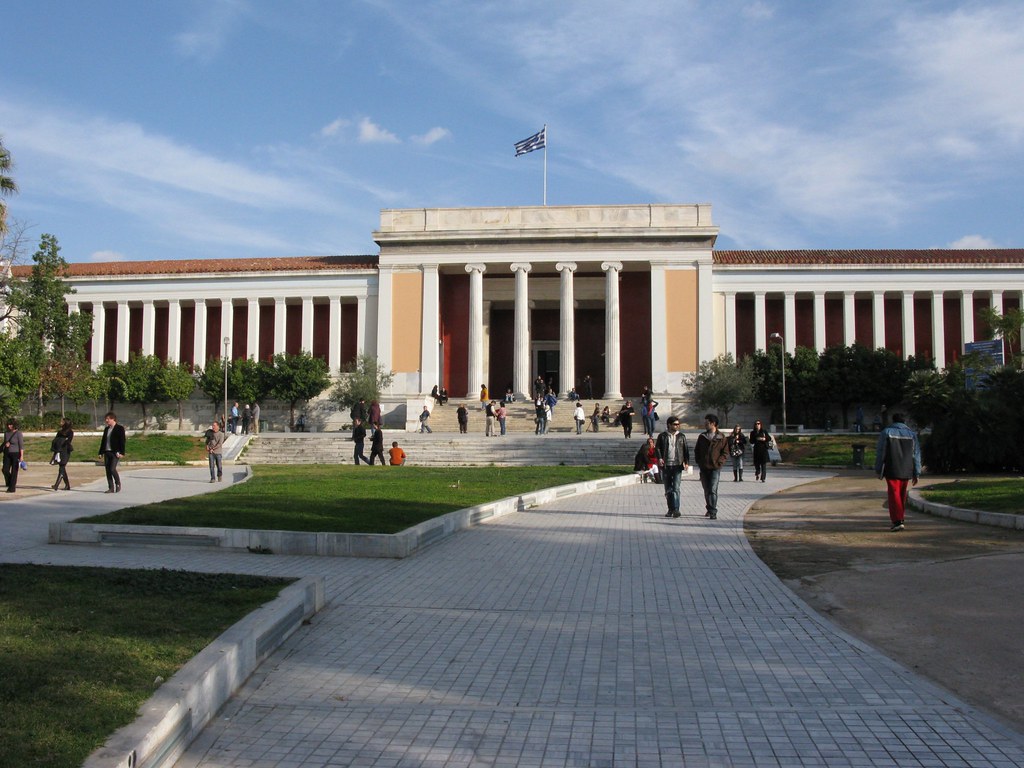 If you want to enjoy one of those seaside atmospheres of Athens, you can go and visit Piraeus. You can easily reach this place via metro. You can enjoy your dinner here. Though it is one of the pricey place but charming enough to attract you. Piraeus being the port city of Athens is also reminiscent of Greek island vibe. You can surely allow yourself to spend some time and visit the excellent Piraeus Archaeological Museum. You can even go in for Nautical Museum that much fascinating here.

3. Agora: Ruins of the ancient marketplace

Another must visit place in Athens is Agora. Initially, it was the marketplace as well as the centre of everyday life. If you want to get an impressive view of the Agora, you may head down to the north hall of the Acropolis. One of the best places to enter the Agora is at the north gate off Adrianoú Street. The literal meaning of Agora is to gather and orate that indicates this site was a location of public speaking. The Agora was a place of administration along with commerce. This place was famous for hosting Athletic events along with theatre performances. One of the interesting features of the Agora is the 18-meter-long Royal Stoa. 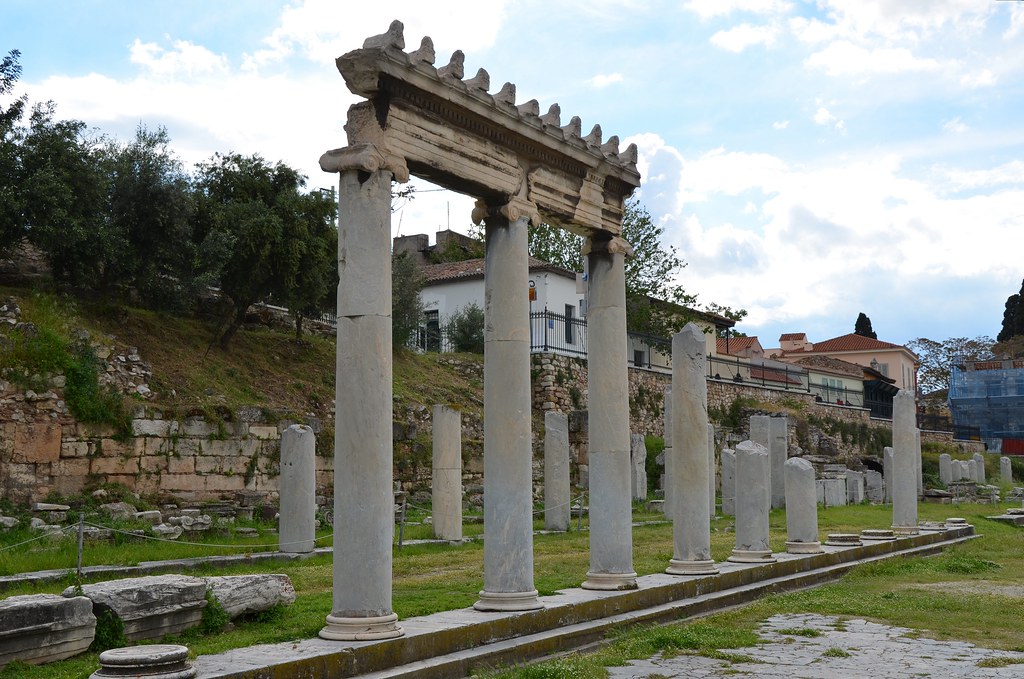 If the heat in Athens is tiring you and wish to escape that in summer, Lycabettus Hill is the best place to visit. The easiest way to reach the wooded top of Lycabettus Hill is by riding on to the cable car. You can also opt for the hiking trail, but considering the warm weather, the 3-minute cable car might be more feasible. The hill is about 300 meters above sea level. The hill and its two peaks definitely provide you with a cooler place to visit. Situated on the hill you will find the 19th century Chapel of St. George along with a theatre as well as a restaurant.

Another charming place in Athens is the Panathenaic Stadium. This is one of the ancient Athen’s largest buildings. This stadium holds a capacity of around 60,000 spectators. The construction of this place dates back to the 335 BC that too during the era of Herodes Atticus. The venue is also famous for hosting Games where runners used to compete in races. The 204-meter-long track inside the stadium consists of four double herms. The stadium also consists of marble seating by Herodes Atticus. This one is also known for its identical fashion. It covers around 47 tiers of seating along with a rounded southeast end. 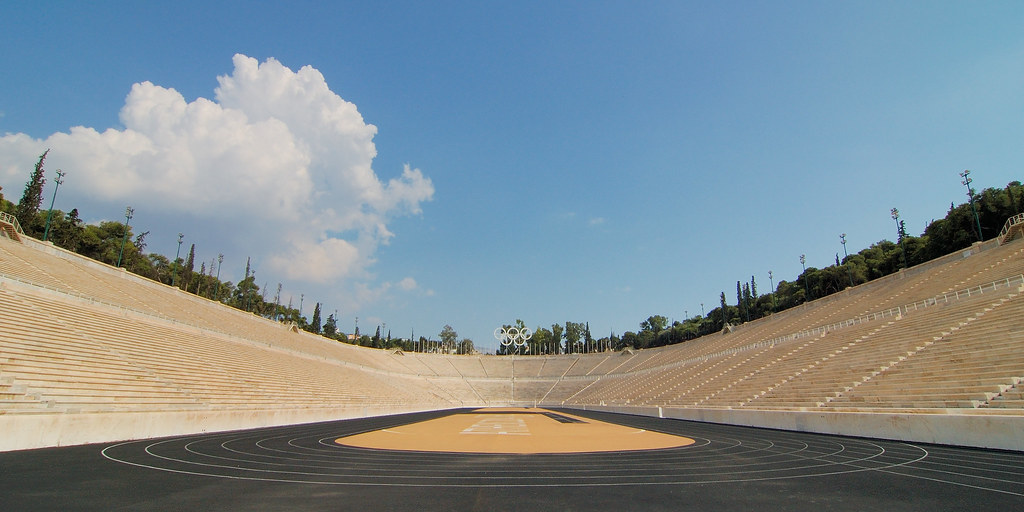 Also read: 5 beautiful places you must see in Barcelona

Along with the above attractions, this charming place has a lot more to offer.  There are many other hidden charms of this place. There are some dazzling Byzantine churches all over the city and also along the village like neighbourhoods north of the Acropolis. You will surely enjoy getting lost in the Plaka district’s narrow streets here. These streets are full of quaint bougainvillea-draped houses. It also has some restaurants with terraces that are truly inviting. So, if you happen to visit Greece sometime, Athens is surely not to be left out.

Have you ever visited Athens? Tell us more about your experience in the comments section below!